Style and Lifestyle in New England

Ok. So lets start with the good stuff. Which is basically this entire outfit. I have been FIENDING for a pair of overalls this Spring, and have kept holding back from buying a denim pair. I just felt like I would be too warm to wear them in the summer, and Spring is (typically) such a short time here in New England that it felt indulgent and wasteful to buy a pair for just a few weeks of wearing time. Enter these overalls from J Bella.They are made of a super light linen knit and have that perfect slouch factor. I’m obsessed. Expect to see them again and again folks. Also, I have been loving the bandanna trend and have been on the hunt to buy one without having to order such a small item online. My husband used to be a farmer before he finished grad school, and he had a few that he used for actual farming…I found this one and was SO EXCITED because a. its perfect and b. I saved myself some $$. So. Outfit wise, Saturday was a good day. 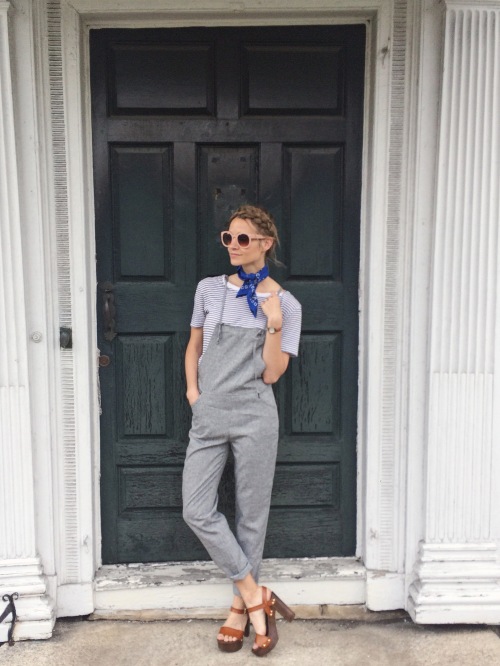 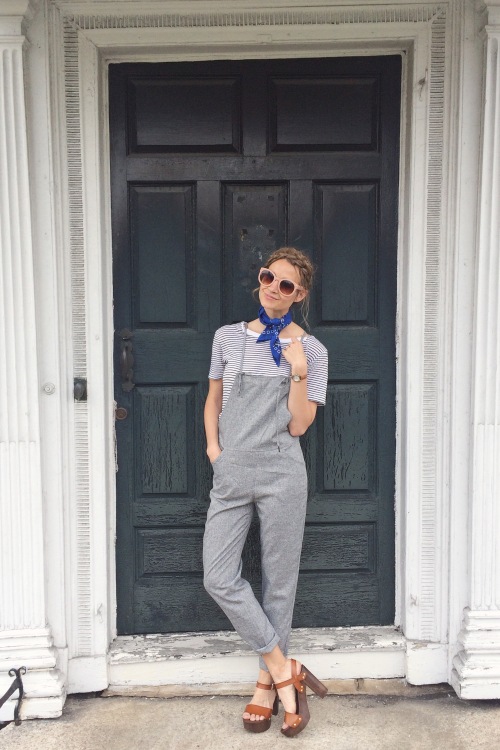 But, on to the true confessions. Here’s the thing. I’m not a super moody person and I don’t typically suffer from wild hormones. Even when I was pregnant, I was pretty steady. My husband attests to  this– the only time I was emotionally uneven was in the last week or so of pregnancy when I couldn’t sleep due to discomfort and I was so ready to be a mom and not an elephant. So when I DO feel super emotional, I really don’t know what to do with myself. And my poor husband is caught completely off guard. This weekend I was…well let’s just say I’m not terribly proud of the way I behaved. I was so grumpy, so quickly offended, so…crotchety. There were about a million examples of this, and I shed quite a few frustrated tears, but I’ll just stick to one confession since I’m guessing you don’t have all day… 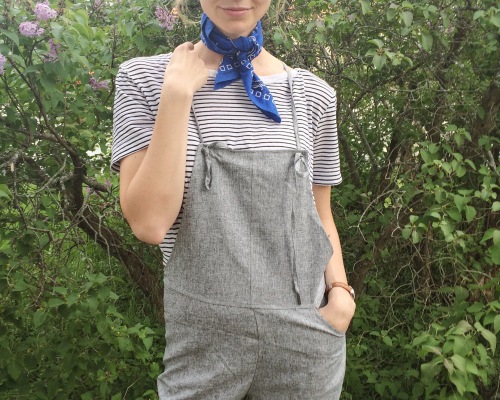 I wore this outfit to walk the three miles to our favorite ice cream joint (I changed into flats after these photos.) We stopped at a beautiful historic house museum on the way, and while we took these shots, a few locals decided to stop and watch and marvel at what we were doing. OHMYGOSH so embarrassing. But anyway. We finished our stroll, and I ordered my kiddie cone (the sizes at this place are huge) which is TWO scoops, and I got one peanut butter pie scoop, and one campfire smore’s scoop (there are about 100 flavors at this place.) I was holding Redmond at this point, and he got his plain (ice cream less) scoop, and I had my towering cone, and my heart was basically singing because HAVE I MENTIONED HOW MUCH I LIKE SWEETS and all was right with the world. Until I realized that Nick was holding onto his cone and our ice cream crazy 90+ pound dog…and I had to get Redmond into the stroller without losing my ice cream. And sure enough…I lost my ice cream. And Nick started laughing. And suddenly I felt exactly like the three year old at the picnic tables who was wailing because her treat was gone…I was SO MAD. And I actually teared up behind my sunglasses. And Nick offered to share his with me and I was all, no I hate coffee ice cream. And he said, ask for another. And I said, the line is SO LONG LETS JUST GO HOME. And I stomped away. And our dog ate my two beautiful scoops that were lying forlornly in the dirt. I knew that I was acting ridiculous. I knew that I was making a scene. But I just couldn’t stop myself. I couldn’t shake the itchy, angry feelings. I did end up I turning around and waiting in line because I really wanted ice cream and they got me two new scoops. In a cup. Just to be safe. And the evening was saved.

This photo was taken moments before the Great Disaster. See how happy I was? And don’t be fooled by Redmonds’ nonplussed face. He was happy too.